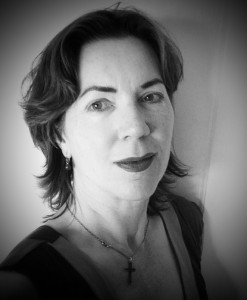 A specialist in the creation and performance of new stage works. Amanda Moody is a triple-threat writer, singer and actor, with a wide range of comedic and dramatic skills. She is an accomplished songwriter, poet and librettist, and her texts have been performed by voices as diverse as tenor John Duykers, soprano Laura Bohn, and The Grateful Dead’s Jerry Garcia. Moody is best known for her multi-disciplinary music theater solo shows, including “Serial Murderess,” “The Winchester Rosary,” and “D’Arc, woman on fire,” all of which were developed with her long-time creative partner, director Mellissa Weaver. The “D’Arc” soundtrack, composed by Jay Cloidt, was released by Starkland on the MinMax label.

As an interpretive artist, her roles include Lady Croom in Tom Stoppard’s Arcadia (Theatreworks); voicing Miranda, Sebastian and Antonio for Shadowlight’s A Balinese Tempest, directed by Larry Reed; Padraic in The Little Gray Home in the West by Margaretta D’Arcy & John Arden, directed by Virginia Reed (Playwrights in Danger/Magic Theatre/SF); and The Witch in The Pope and the Witch (Dario Fo Fest/La Peña Cultural Centre).

In 2015, Moody collaborated with Berkeley Repertory Theater, Youth Speaks, and Anna Deavere Smith, as an audience participation facilitator for Smith’s groundbreaking new work, “Notes from the Field: Doing Time in Education, The California Chapter.” Moody’s poetry was published in Ireland’s The Moth Arts & Literature, was featured in San Francisco’s LitQuake, and in the 2015 Summer edition of the Catamaran Literary Reader.