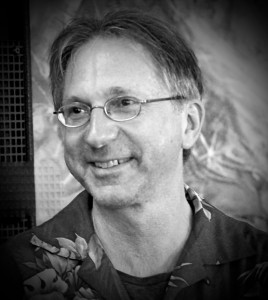 Clark Suprynowicz is a composer with a longtime interest in multidisciplinary work. His operas have been staged by Berkeley / West Edge Opera, Oakland Opera Theater, and The Crucible. He has created sound design for the SOMArts Gallery, orchestral work for the Berkeley Symphony, choral work for the Pacific Mozart Ensemble, music for NPR, and was recently part of the Hell Hot Festival in Hong-Kong with esteemed composer Tan Dun. He was part of planning and development (as well as the composer) for a series of operas created for Berkeley Opera with Amanda Moody, with John O’Keefe and – most recently – for Machine, created with Mark Streshinsky for the Crucible in Oakland in 2012.

Clark is the Founder and Artistic Director of Art +Tech Fest, premiering at the Fort Mason Center in SF in April, 2017, a three-day event showcasing performances and exhibitions of an extraordinary nature, bringing together artists and creators from around the world.

The composer writes: The score for Serial Murderess is for oboe and electronics. It was written with the intent of creating something sparse and skeletal to rest within Miss Moody’s tour-de-force. The decisions came easily, and the score was written quickly. Each of the three acts of the play are unusually distinct and inspired, and the characters that inhabit each act so singular in what they have to say, and to sing, that it was not difficult to think of music that would conjure up an atmosphere. It’s an honor to be part of this piece, and its continuing life.